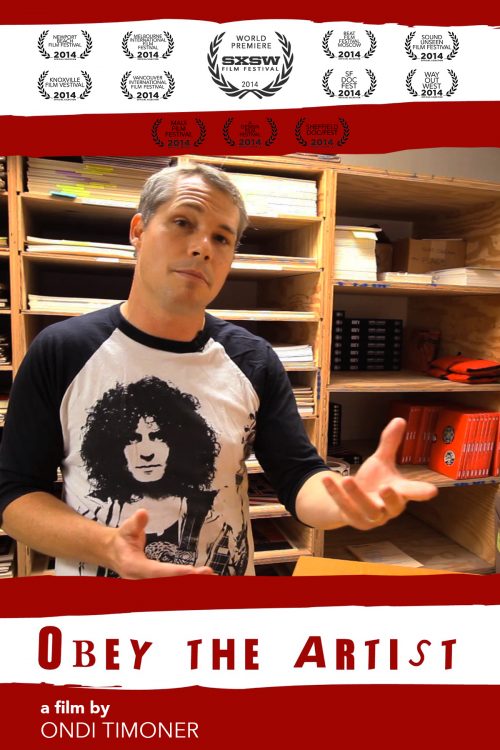 This film is screening together with:
Field Niggas
Amanda F***ing Palmer on the Rocks
Total program length: 95min

Ondi Timoner is the only director to ever win the Sundance Grand Jury Prize for documentary twice, first for Dig! (2004) and then again for We Live in Public (2009). This year Urban Nomad will show her latest documentary, Brand: A Second Coming, as well as two of her recent short filmsnfrom her “A Total Disruption” series that look at ground-breaking artists of our time: the graffiti artist Shephard Fairey and punk singer Amanda Palmer.

Obey the Artist follows Shephard Fairey, famous for his Obey stickers in the 1990s and later for his Obama “Hope” poster in 2008. Timoner looks at him as an artist who’s hacking various systems — of advertising, publicity, technology and discourse — in the cause of art and social justice. Starting with his roots as a music-informed street artist, she follows Fairey as he produces a large street mural in LA that highlights the washed-over history of Native Americans.