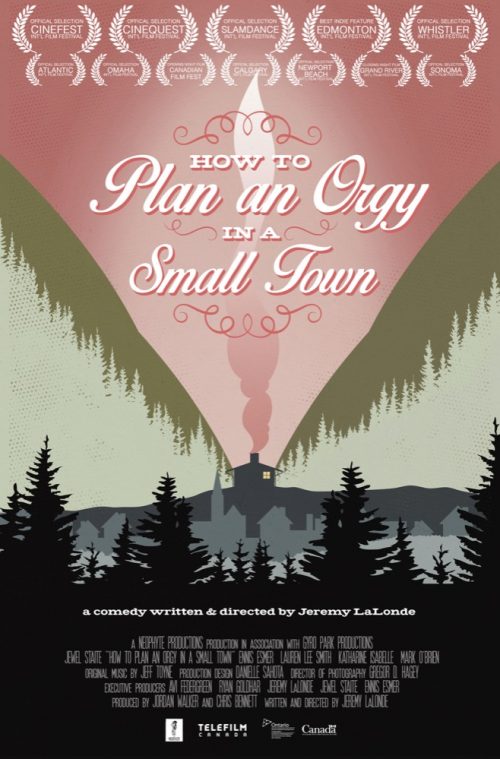 As the flim title states, the premise here is how to restage the apogee of metropolitan decadance — a group sex party — in small town Canada, where everybody knows each other far too well. This sex comedy is the second feature from Canadian director Jeremy LaLonde, who’s previous film, Sex After Kids, won a slew of awards and saw commercial success, both in Canada and abroad. Both films were crowd funded. In SmallTownO, the story centers on Cassie, who was labeled the town slut in high school and now a decade later, is returning for the first time as a successful and widely read sex columnist. Confronted by old classmates, she challenges them to an orgy to prove they’re not just a bunch of small-town yokels. The gauntlet thrown, they accept. What ensues are hilarious moments of extreme awkwardness, gender confusion and sexual awakening. Cassie also has some surprise revelations of her own.

“a little gem of a film”

“The characters in this film manage to be hilarious and a little crazy while also being relatable… a warm, winning and downright dirty comedy.”