To make the film Art War, director Marco Wilms spent two years working closely with the graffiti artists of Cairo during the violence and uncertainty of the Arab Spring of 2011 and 2012. For Urban Nomad’s screening in Taipei on May 16, we’ve invited the organizer of the biggest local street art event POW! WOW! Taiwan Larry Chen to host the Q&A.

So here you go – an internationally important film about graffiti with a discussion with the people working most closely with Taiwan’s street art community. There will also be some give aways of POW! WOW! merchandise at Urban Nomad screenings of Art War and the short doc on Shephard Fairey Obey the Artist.

Urban Nomad and POW! WOW! Taiwan will further collaborate to put works by Taiwan street artists Candy Bird and Mr. Ogay on display in Ximen’s Wonderful Theater for the duration of Urban Nomad (May 12 to 22).

One common figure in both Art War and POW! WOW!’s extended network is Ganzeer, one of Egypt’s best known street artists. Ganzeer was one of the key artists painting images of resistance against violent repression in the street battles of the Arab Spring, and as such becomes a key figure in Wilms’ documentary Art War.

Ganzeer is also an international artist showing in various art world venues. Outside the streets of Cairo, his work has been shown in Bahrain, Belgium, Brazil, Canada, Finland, Germany, Jordan, the Netherlands, Switzerland, United Arab Emirates, and the United States. He has previously participated inPOW! WOW! Hawaii. Larry Chen is no stranger to his work and will lead a very informed discussion. 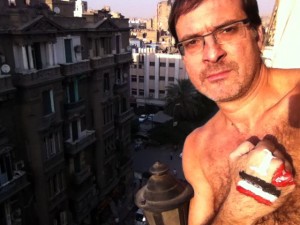 POW! WOW! is a street art event that originated in Hawaii in 2014 and has been taking place in Taiwan in recent years, bringing together dozens of street artists to put murals all over Taipei and now the rest of Taiwan. POW! WOW! Taiwan’s next big event is coming in late 2016. 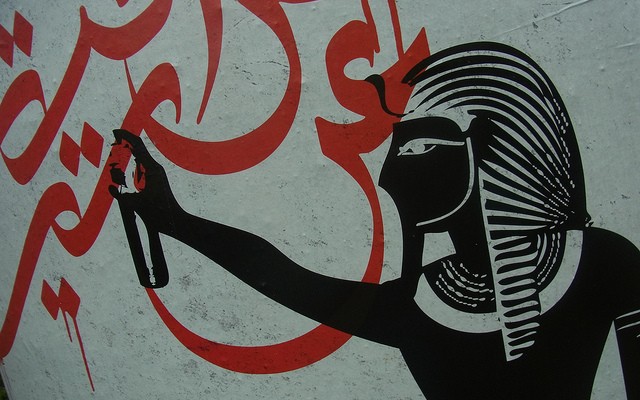 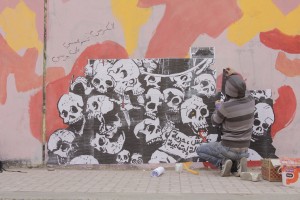