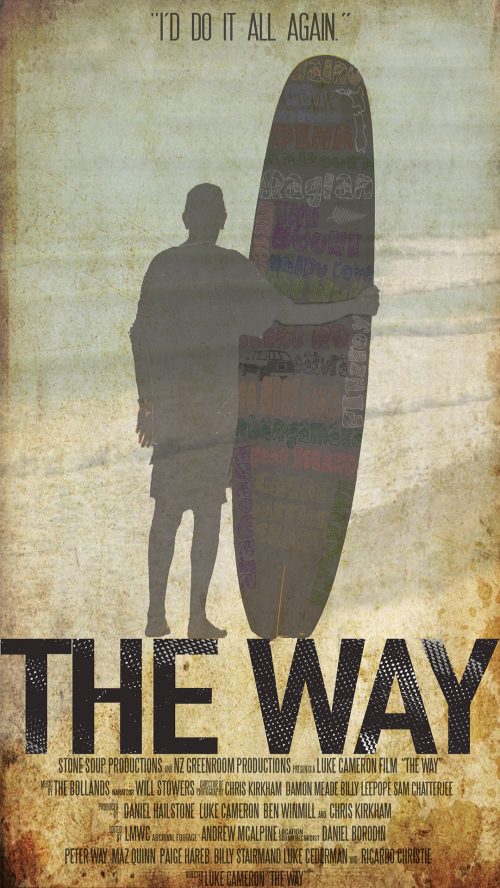 It all starts with the discovery of an old surfboard washed ashore in Nelson, New Zealand, which was shaped by legendary charger Peter Way, New Zealand’s first ever national champion in 1963. From this lucky find, a safari begins across the North Island of New Zealand and beyond, a quest to learn about the state of Kiwi surfing and search for the man who originally shaped this piece of surfing history. Peter was known for his antics in and out of the water, but it was his mark on surfboard shaping, competitive surfing and surf lifestyle that has influenced the lives of generations of surfers who have come after him. Along the way, we encounter pro surfers Paige Hareb, Billy Stairmand, Ricardo Christie, who weigh in on what has driven them to success. Maz Quinn takes us through becoming the first ever Kiwi to make the world tour of surfing. And don’t worry, there are plenty of great session edits along the way.