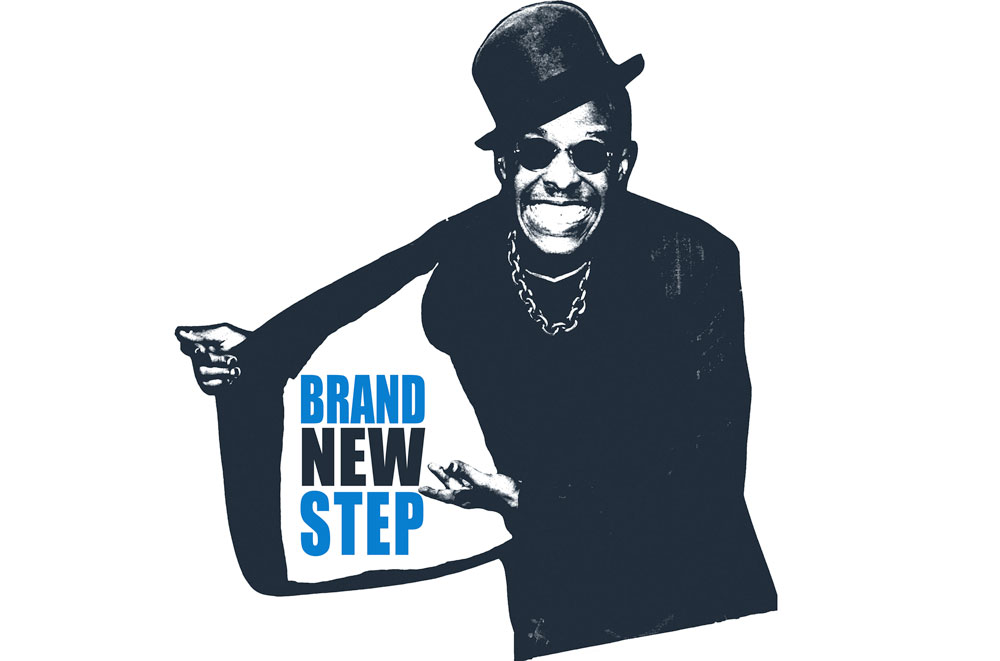 In 2018, the Urban Nomad Opening Freakout will be held on April 14 and 15 (Sat & Sun) at Taipei’s best outdoor music venue, Tiger Mountain, a green mountain valley only a 10-minute taxi ride from Taipei 101. There will also be a warm-up party on April 12, a late-night afterparty on April 14, and more fun events. Stay tuned for details!

Major musical themes for 2018 will include 1) garage rock & neo-psychedelia, 2) funk, reggae and world music, and 3) DJs and live electronic acts playing an underground dance party inside an old Taoist Temple. So what’s up with Angelo’s new band? Here’s what’s up! 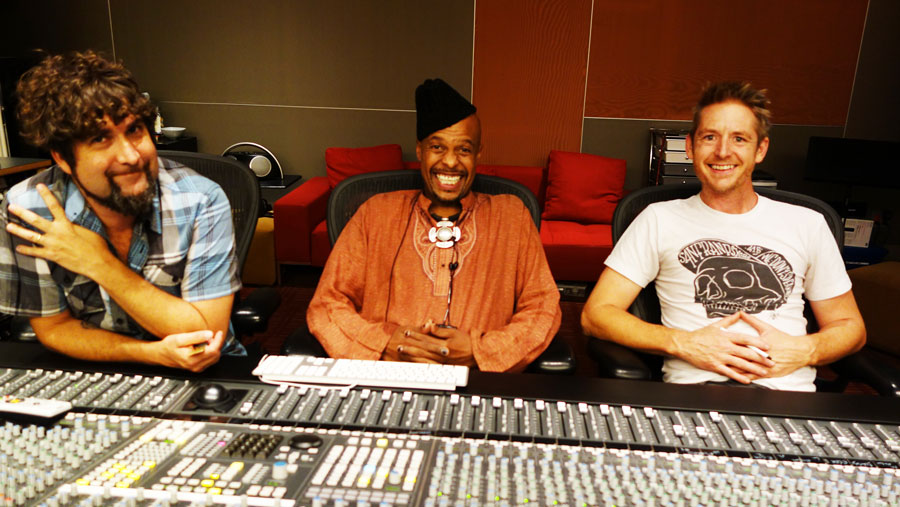 The Brand New Step launched in 2013, and has so far involved collaborations with all-stars from the worlds of both indie rock and indie hip hop: rappers Casual and Boots Riley (The Coup), as well as musicians from Ween, Faith No More, Galactic, Kasabian and numerous others. 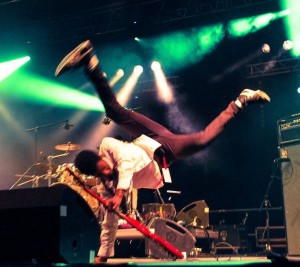 Bass player JJ Jungle. Before the Brand New Step, he also played with The Coup.

The current touring line-up includes bass player JJ Jungle and drummer Hassan Hurd, both from the political rap group The Coup, up-and-coming neo-soul diva Bridney Reese, keyboard player and producer Jim Greer (a songwriter for Macy Gray and member of Rondo Brothers, Handsome Boy Modeling School and other bands) and guitarist and producer Kris Jensen (from the band Hey! Brontosaurus). Together, as the Brand New Step, they seek to push boundaries and cross genres such as Soul, Dance, Funk, Ska and live electronic beats to fuse together a project that is influenced by the musical maturity of many of the best genres without sounding like anything that has come before it. The new sound combines Angelo’s dynamic vocals, horns, theremin, beatboxing, effects and seamless electronic beats for a nonstop feel-good party.

In general the band represents a new sound for Angelo, but this tune harks back to “Truth and Soul” era Fishbone.

Their bass player JJ Jungle is known for doing crazy flips in the middle of bass solos. Here he was caught on video playing with his previous band, The Coup. Ya’ll know The Coup, right?

ABOUT THE OPENING FREAKOUT

The Opening Freakout began in 2008 as an opening party for the Urban Nomad Film Fest, which has for more than a decade invited the best, weirdest and most outrageous underground and indie musical acts that can be found. Highlights include I.U.D. (feat Liz Bougatsos of Gang Gang Dance) for the Video Mindfuck Party, Trippple Nippples, Mop of Head, Kinoco Hotel, Autopsy for a Drowned Shrimp and many more. Since 2015, Urban Nomad’s opening party has grown to become its own event, an outdoor music festival that kicks off the Urban Nomad spring season — the Urban Nomad Opening Freakout!