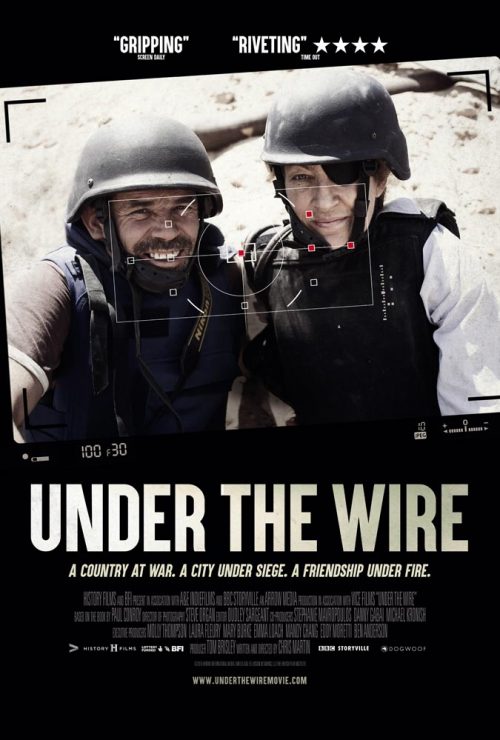 “Chilling but inspiring” –– The Independent

Nominated for awards at 7 major festivals (AFI, BFI, Doc NYC, and others), winner of Phoenix Award at Cologne Film Festival

In February of 2012, war correspondent Marie Colvin illegally crossed the border into Syria with her photographer, Paul Conroy. Ignoring the government’s refusal to allow foreign journalists into the country, the two were among the first to attempt to cover the story of civilians trapped in the besieged city of Homs, where they found a ravaged war zone that only one of them would ultimately survive. Grippingly recounting their moment-by-moment journey into Homs, Under the Wire is a chilling tribute to the bravery that led Colvin and Conroy to their final mission together, documenting the massacre of hundreds of Syrian civilians by their own government. Narrated by a top-flight photojournalist, with supplemental interviews from top correspondents and editors at important British newspapers, the film is also an unusually candid glimpse into the motivation of journalists in war zones: what drives them, the power of bringing the truth to light, and why they risk their lives to tell it.