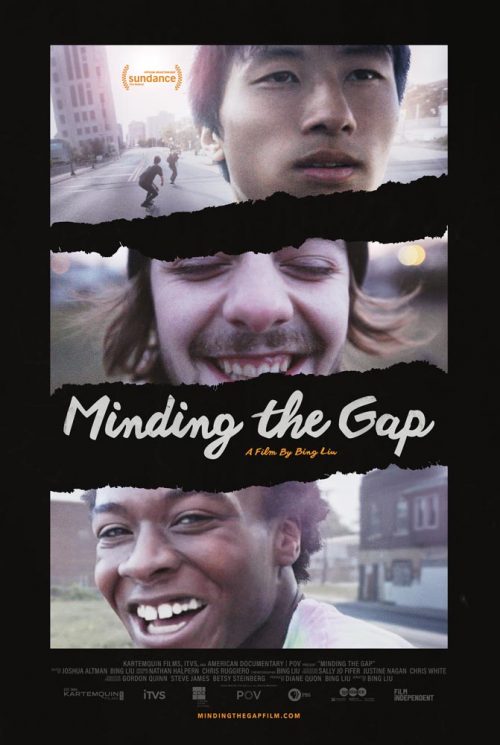 “With infinite sensitivity, Mr. Liu delves into some of the most painful and intimate details of his friends’ lives and his own, and then layers his observations into a rich, devastating essay on race, class and manhood in 21st-century America.” –– A.O. Scott, New York Times

“It will warm your heart but possibly break it a little too.” –– Time Out

Minding the Gap begins as a skate video and a paean to youthful freedom, but it quickly becomes something much deeper and more turbulent, a coming of age saga that is about much more than mere board riding. This documentary is first-time director Bing Liu’s quest to understand why he and his friends all ran away from home when they were younger, and why they must resort to skateboarding as a sort of sanctuary. He follows 23-year-old Zack as he becomes a father and 17-year-old Keire as he gets his first job. The moments get ever more personal, and over years of filming, we witness how family violence perpetuates from one generation to the next, how race is a hurtful reality that people of color live with every day of their lives, and how familial pain persists for years beneath a veneer of good intentions. In one way this film is about anything but skateboarding. In another, it is the realest skateboarding film ever made.