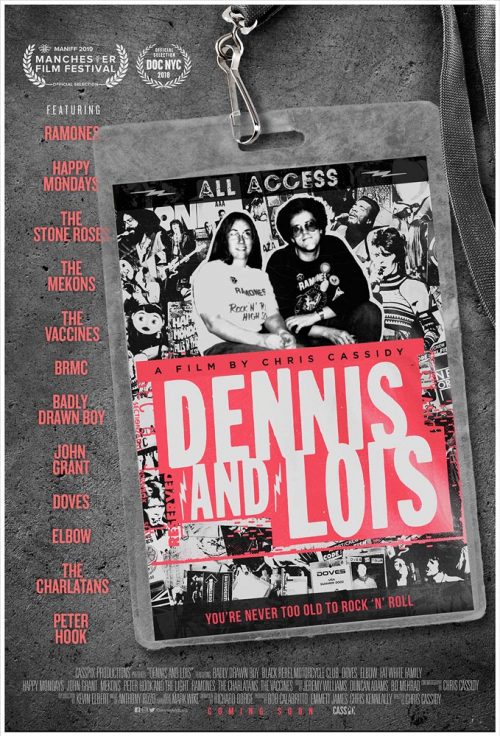 “Oasis singer Noel Gallagher gave them his number, the Stone Roses stopped a soundcheck to greet them, and Badly Drawn Boy worried that ‘Dennis and Lois’ didn’t like his music because they hadn’t come to a show.” –– The Daily Mail

“A new history of punk, one from the perspective of its two most ardent fans.” –– Billboard Magazine

There are bands, there are fans, and then there’s Dennis and Lois. Over the last 40 years, they have seen more than 10,000 shows, traveling thousands of miles and visiting three venues on a typical night. It all started at CBGBs in the mid-70’s, when this New York couple befriended an up-and-coming band called The Ramones. They first helped them sell merch at gigs, quickly became close friends, and eventually followed them on world tour. They helped numerous other bands in the US and then in the UK, especially Manchester, which became their second home. The Happy Mondays named a song after them and SPIN Magazine published a comic strip celebrating their “War Stories from the Road.” Dennis and Lois are considered by many to be “Rock n Roll Royalty.” Theirs is a touching story of a couple who found a lifetime of true love through rock ‘n roll.

The documentary features The Stone Roses, The Vaccines, A Place to Bury Strangers, Doves, Black Rebel Motorcycle Club, Happy Mondays, Badly Drawn Boy and many others.