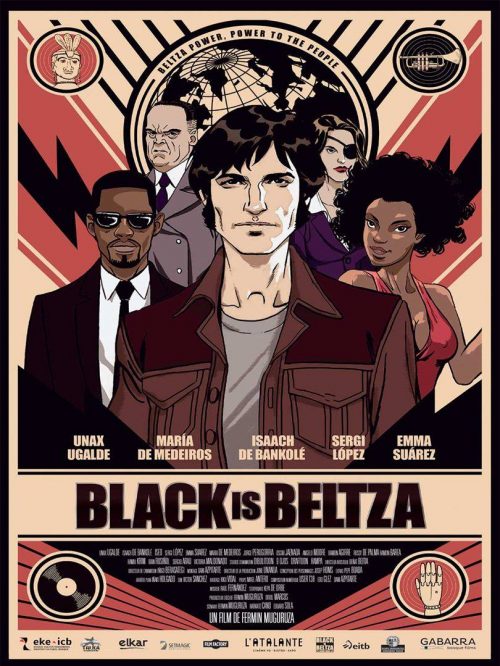 Black is Beltza, based on a Basque graphic novel, offers a trippy voyage through the late 1960s America as an adult animated feature, roving through counterculture politics, the sexual revolution and psychedelic drugs. The action is set in a five-month period of 1967, from the Six-Day War in Palestine through to Che Guevara’s murder in Bolivia. The hero, Manex, is a Basque journalist who undertakes a secret mission to help one of the Black Panthers, who’s wanted by the US government, escape to Cuba. Manex is something like an R-rated version of Forrest Gump, waltzing through racial riots, the Cuban Revolution, and Cold War spy games. He encounters Andy Warhol’s Velvet Underground, Malcolm X, James Brown, Muhammad Ali, Fidel Castro, Mexican Tin Tan, Algeria’s Cheika Rimitti, James Brown, Otis Redding and Jimi Hendrix. And of course, the CIA, the Mossad, free love hippie girls, and LSD. The idea for this story originated with Fermin Muguruza, a singer who is like the Joe Strummer of the Basque Countries and has also directed more than a dozen documentaries.