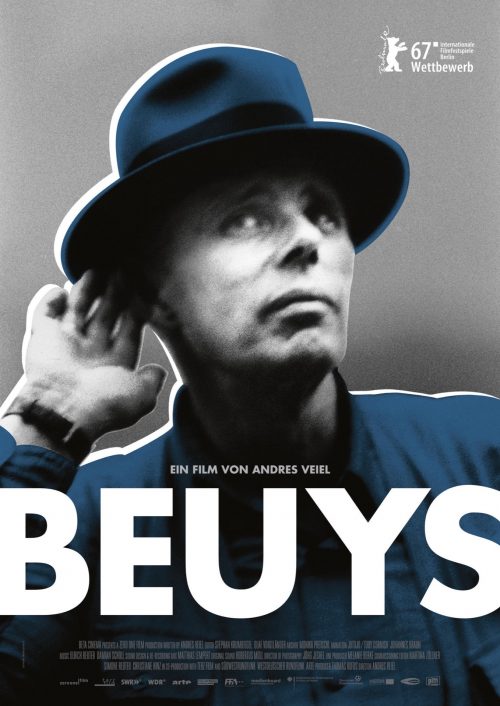 Arguably the most important post-WWII European artist of the 20th century, Joseph Beuys is here shown as almost the polar opposite of his American celebrity artist counterpart Andy Warhol: a politically engaged installation and performance artist, an educator, a debater, a dialoguer, a discourser, a protester, and even a politician in Germany’s Green Party. Perhaps more than his artworks, his influence was the result of tireless social dialogue and statements like “Everyone is an artist”, “Thought = Sculpture”, his contention that art has expanded to include everything, and “Art is total freedom.” It’s in this context of Beuys as a political debater that we see his important and defining works: the sculptures of lard and felt, planting 7000 oaks in Kassel as part of the Documenta exhibition, his famous boxing match, living together with a coyote in the confined space of a New York art gallery, his prediction of “only 2772 days until the end of capitalism.” For most of the film, director Veiel presents Beuys is talking directly to us, the viewer, through archival video, TV interviews, public debates, performances, exhibitions and other recorded images. Though the documentary technique is unconventional, the film is as compelling as it is studious and serious, just like the artist himself. It’s a defining portrait of the artist and his career.

“an exhilarating portrait of a unique truth-teller” –– New York Times