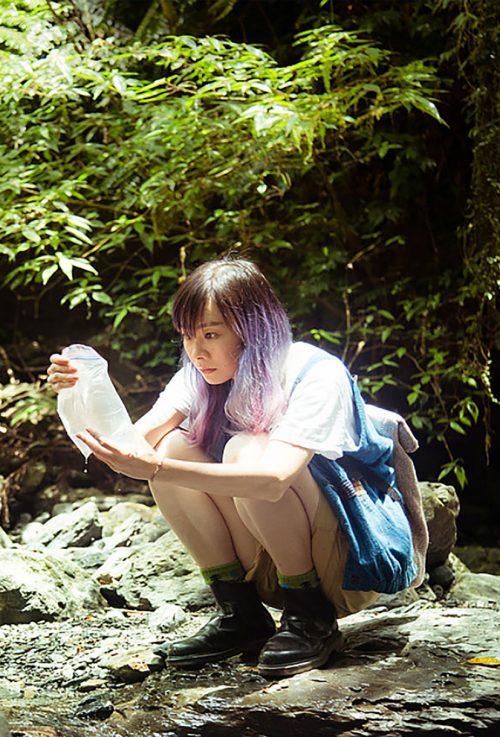 On flesh and blood, on body and soul.

This program of five short films includes fiction, animation and documentary films from Taiwan, the UK and Spain. The program has a total length of 87 minutes and will be followed by filmmaker Q&A.

The bosom of a family is shattered after the father’s departure to Second World War.

Ms. Belly is a young lady, a fantasy girl with a round belly. Her round belly is big and fat, rolling up and down. Ms. Belly loves her belly, even though people do not like it. In Ms. Belly ‘s world, the girls’ coming-of-age ceremony is to undergo a transformation for the perfect body. And their ultimate dream is to enter the temple of perfection.

While Ms. Belly waits in the clinic, she sees the operation process, anesthetized girls undergoing surgery on face, limbs, and liposuction. Frightened by the scene, Ms. Belly escapes into a mysterious world and begins a fantastic journey …

Filmed in the beautiful town of Jiaoxi in Yilan, this is a story about the fish living in a hot spring, and whether or not they love to nibble on the skin of human feet.

This is a nonsense debate. When lovers build up a relationship, they fill in every moment with silence, whispers, laughters and screaming. They can’t stop the feeling of the passing of time, so they argue about the past and present as they say farewell. After the journey, the lovers arrive at their destination and look at themselves: it doesn’t matter if the memories of the trip and the things they said are true, this conversation offers the final traces of their existence. This is a nonsense debate.

At the end of the summer of 2014, Taiwan’s only baseball team for the physically challenged, the Mars Baseball Team, was practicing intensively for the 3rd Baseball World Championships for the physically challenged held in Japan. This documentary focuses on five players on the team affected by polio, right-hand muscular atrophy, hemophilia, muscular atrophy, and vision-impairment as they pursue their dreams and passion for baseball. Can this journey to Japan create new possibilities? Can they use it to fight against their personal limitations?