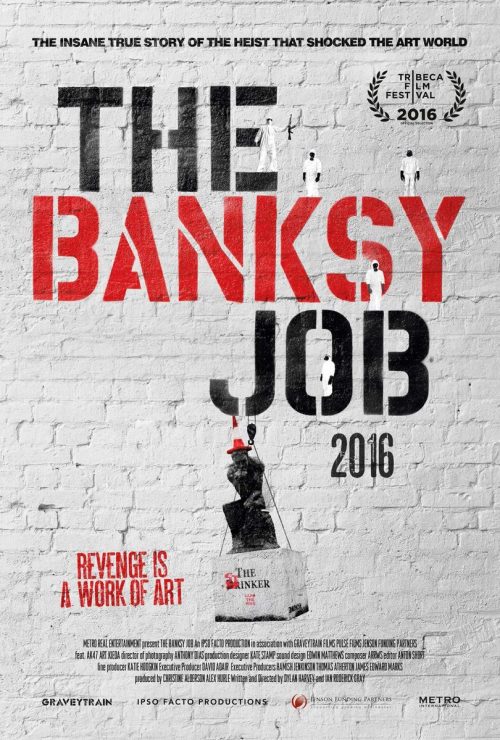 This high-blown tale is of a graffiti battle in the streets of London between Banksy and one of his many adversaries, an artist known as AK47. It’s 2003, and AK47 has bought one of Banksy’s prints. But when Bansky refuses to sign it, AK47 takes revenge, stealing a massive Banksy sculpture, The Drinker, from the middle of a London public plaza. AK47 then demands a ransom, and the street art battle begins. The film is part documentary, part gangster caper. AK47, whose real name is Andy Link, poses as a self-styled “art terrorist”, a sort of godfagther figure who surrounds himself with guards wearing hazmat jumpsuits and carrying machine guns. In real life, Link was a football hooligan, acid house promoter and porn actor before becoming an artist. Here he produces a film that is in equal parts farce and fact, but whatever the truth, it is thoroughly entertaining throughout.

“A caper so cheeky, unlikely and laced with art-world subversion one is tempted to wonder if the prank-loving victim actually staged the whole thing”
— The Hollywood Reporter