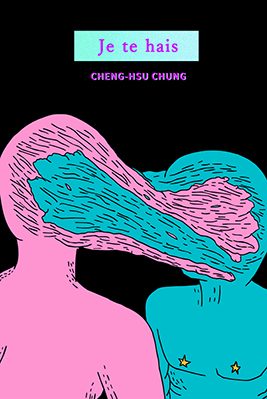 This program contains seven short films and two music videos. for a total of 82 minutes.

If you are a short film addict, then this is the program for you! The theme is a cheery thread that runs through all of these films, sometimes ironically, sometimes not — I hate my life! What better omnibus for a collection of films by and about Taiwanese youth!

Life as a small-time criminal in Taiwan isn’t easy.

2016福爾摩沙39小時拍片競賽 冠軍作品 2016 Cineformosa39 Short Film Contestival Winner
It’s a secret / 2016 / Taiwan / 5min / We don’t know yet / Chinese and English subtitles / Taipei premier
This film will be the winner of Cineformosa39, a 39-hour filmmaking competition held in Tainan at the beginning of May 2016.

An animated short about breaking up and what voyeurism and catharsis have to do with it.

The supermarket provides all the best goods. Employees wear costumes to promote their products. An animated short.

As a solar wind threatens the earth, two employees are shutting down a planetarium. But then they discover a legend that seeing the aurora will bring eternal love.

This is a story about Terry Zou, a singer but not a famous one. Gangster Fat John mistakes Terry for a cop, putting Terry in danger. So he must prove himself… by singing!

Disappointed in her love live, anthropology student Fan Fan decides to take up a job as a sexy karaoke girl at a local gentlemen’s club. When one of her clients treats her with a kindness and respect rarely seen in the sex industry, the lines between business and pleasure start to get blurry. This narrative short has already screened at the Cleremont-Ferrand Film Festival in France, one of the world’s top festivals for short film, as well as several other European festivals.