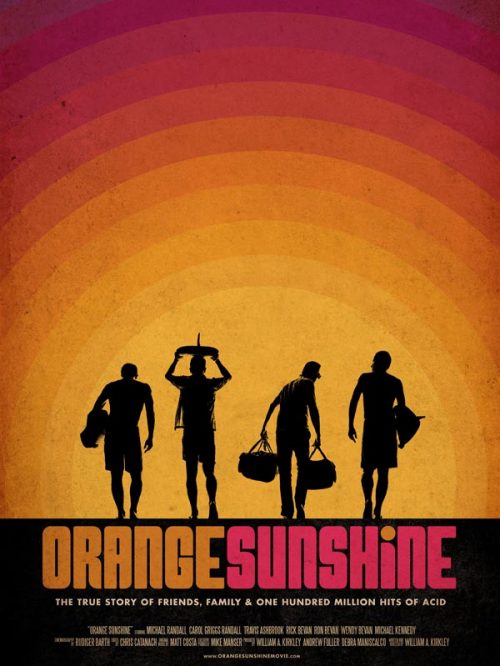 Orange Sunshine is the never-before-told story of the Brotherhood of Eternal Love — a spiritual group of surfers and hippies in California, which became the largest suppliers of LSD during the 60’s and 70’s. This feature-length doc follows their rise to star-status in Psychedelic movement and the “bad trip” that followed. In the beginning, they were idealistic hippies who wanted to “turn on the world.” Their adventuring in Europe, Afghanistan and South America went from casual smuggling to a “drug ring” that prompted Richard Nixon to initiate “the war on drugs”. They built their own LSD labs in the hills of California, producing millions of doses, and in 1970 they even helped Timothy Leary break out of jail. This film is the first to tell their story, and man, it is one wild trip!

“A jaw-dropping piece of social history. It’s also a lot of fun”
— The London Evening Standard

“Orange Sunshine turned it up to 11.” — Ondi Timoner