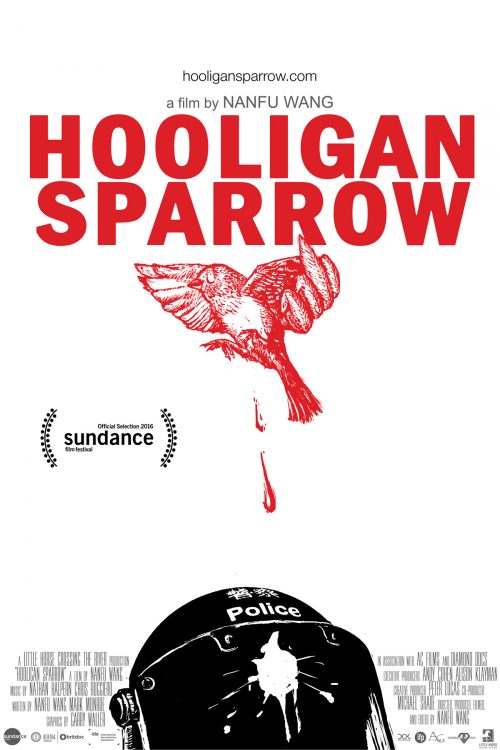 Chinese women’s rights activist Ye Haiyan has spent time working as a “free prostitute” for migrant workers and collaborated with Ai Weiwei and others of China’s new generation activists. Online, she is infamous as “Hooligan Sparrow” for unveiling cases of corruption and abuse.

In this documentary, filmmaker Nanfu Wang frequently uses hidden cameras to follow Sparrow’s protest against a school principle in Hainan Island who raped six elementary school girls and was until that time unpunished. But after a photo of Sparrow holding a sign that reads, “School director: take me to a hotel room – spare the school kids” goes viral, investigations follow. Yet Sparrow is rewarded by arrest, evictions, attacks and constant intimidation from Chinese authorities. The film is made mostly on the run, as Sparrow flees persecution, while Wang tries — not always succesfully — to secure the footage.