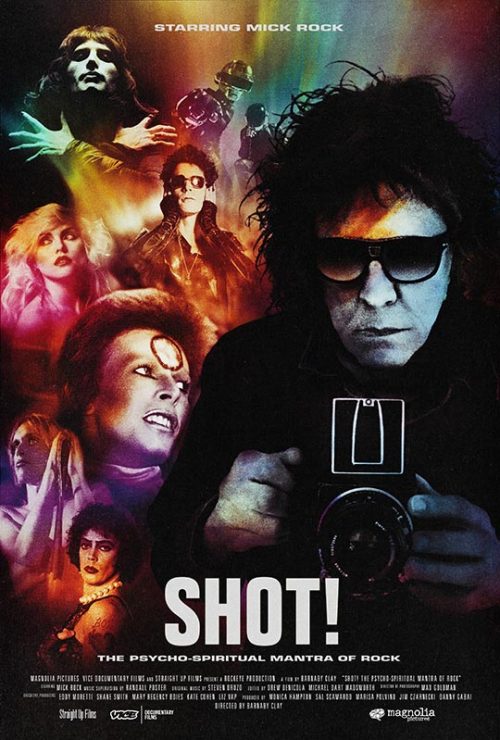 Shot! The Psycho-Spiritual Mantra of Rock

UK photographer Mick Rock is known as “the man who shot the 70’s.” His iconic portraits of David Bowie, Iggy Pop and Lou Reed defined the era, becoming covers for Reed’s Transformer, Iggy and The Stooges’ Raw Power, Queen’s Queen II, The Ramones’ End of The Century and Joan Jett’s I Love Rock ‘n’ Roll albums. In this film, Mick Rock navigates his story from the glam rock shimmer of London to the snarl of NYC punk, and deep into the new millennium. His style brought a new street-level intimacy to larger than life rock n roll legends in the making. This documentary finds him looking through photos on a light box and narrating his own reckless joyride through the colorful and crazy history of rock ‘n roll. And in the end, he regrets none of it.