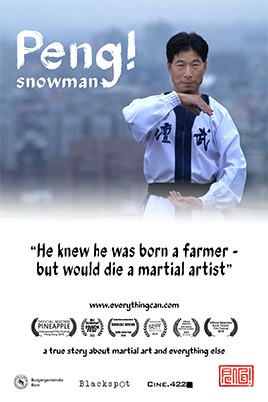 Is Peng Wu-chih one of the greatest unknown martial artist masters of all time? And does this “documentary” in fact capture his final interview, a sort of good-bye note to the world before he ascends into kung fu heaven? Peng is certainly a real person. This much we know. He studied martial arts under one of Chiang Kai-shek’s bodyguards, then developed his own style, which he taught in both Taiwan and Switzerland. Swiss director Daniel Bodenmann was first a disciple and now, through this film, perhaps his PR man as well. The interviews presented here with Peng, mixing quirky English, Chinese and highly colorful metaphors, are hilarious in themselves. But we are still not sure if this is actually a bio doc, or simply an homage in the spirit of Secret Fighting Arts of the World.