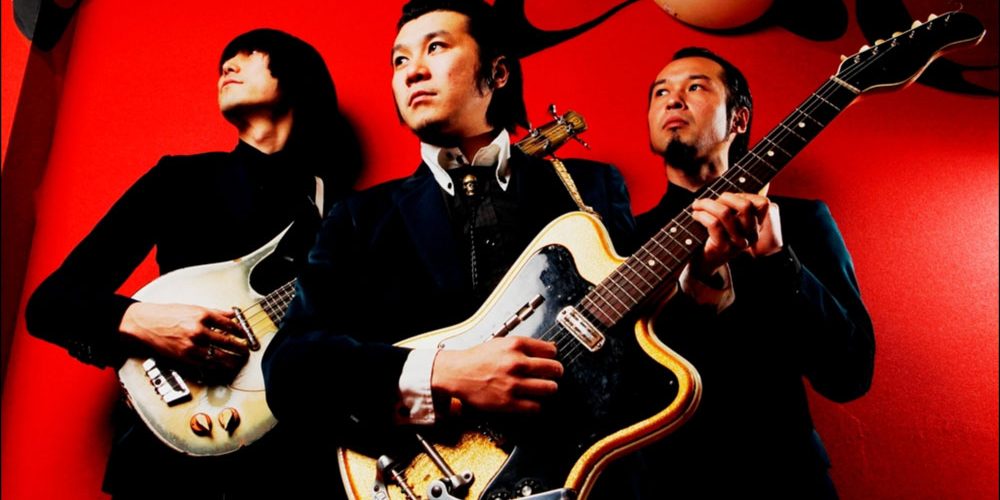 The Minnesota Voodoo Men are a wild three-piece Tokyo garage band known for hair-raising performances of wild 60s beat music. Over the last two decades, they’ve toured the world and released 4 albums and several EPs, a living testament to the most savage music ever made. They formed in 1998 near Fussa, a West-Tokyo suburb that is Japan’s capital of the garage-rock group sound. It’s a typical story. Ringo met Fabian while playing live at his art school. Fabian was the local guitar Madman, and since Ringo played bass and had similar tastes in music, they decided to form a band. They got another wild man on drums, Bamboo. They started by honoring their idols samurai style and mostly did covers of ’60s garage, surf and British beat with a few originals, playing the Tokyo/Fussa underground garage scene while getting profusely inebriated and getting what “all” rockers start bands for: PUSSY.

Their first ever release was the video for ” Too Much Texas Driver”, which they used to sell after shows, as they had no records to “promote” themselves with. The next year they released their first album “I Keep Shaking My Head” and the EP, “Too Much Texas Driver” on the DeckRec record label. They started to get a name for themselves, but 2002 saw Bamboo leave to be replaced by Pete, another madmen that the boys knew from the art schools days.

They got wilder, building a bigger following and in 2006 releasing a 29-track CD album, “Beat explosion”, made from three years of recordings in different studios for Daddy-o-Nov’s record label, Radio Underground. The boys went on kicking ass and perverting the youth in the provinces of Japan and other parts of Asia with their outrageous live act and were over time billed along with –– to mention a few –– Jackie and the Cedrics, 5,6,7,8 ‘s, Saturns, the Neatbeats, Gazoline, the Ghastly ones, the Abones, The Mummies……

In February 2010, they became the very first Act on HHH records with the single “No matter”. Then, to promote the self-titled LP and EP release on Germany’s Soundflat Records, they traveled nearly 15,000 kilometers across the Europe and took by storm England, Italy, Spain, Germany, and France, playing infamous shows in Tiki Bars, Biker Clubs and even a real brothel with a selection of fine ladies as well as the Funtastic Dracula Carnival, leaving burned out crowds to the main act each night. Everywhere they go, they proclaim “vini vidi vici” with the ecstatic approbation of the local rockin’ populace.