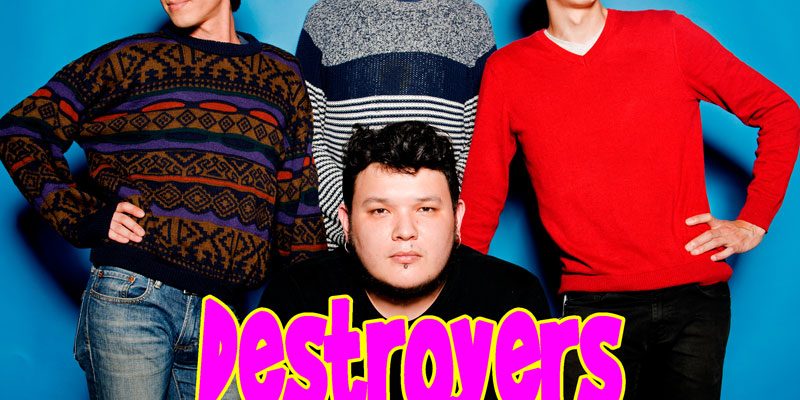 Destroyers (擊沈女孩) is a punk rock band from Taipei, Taiwan. They consist of four members; Jon (lead singer, guitar), Dawei (guitar), Lee (drums), and Sasha (bass). Although the band only started at the beginning of 2012, they have already released 3 EP’s, 1 full-length, and have toured throughout Taiwan, participating in many of the island’s biggest rock music festivals. They are known for their incredibly catchy pop-punk-esque songs and high energy performances. Their songs have been described as being very heavily influenced by western punk rock. Their dream is to continue releasing music and sharing it with people from all over the world!