Japanese Electro-rockers PeopleJam and 10 other band and DJs head up the second lineup announcement for the 2018 Urban Nomad Opening Freakout, to be held at Tiger Mountain April 14-15. They’re joined by local acts Hang in the Air, SexyBaby Mimi, Destroyers, No-Nonsense Collective and in total a dozen bands and DJs, with still more to come!

PeopleJam have been rocking the Japanese underground since 2005, bringing high energy, electronic beats played with the power of a live bands, pumping out a party sound in the same league with Boom Boom Satellites, Mop of Head and other Tokyo electro-rockers. The band mixes Techno, Disco, Funk and massive doses of Breakbeats and raw energy, played by traditional rock instruments guitar, bass, drums and synthesizers. To date, they’ve played throughout Asia at festivals including Spring Scream (2011, 2012) and Big Mountain Festival (Thailand); they’ve produced two albums, “DirtyGroove” and “Idiotwerk”; and supported European artists such as Radical Animal Beats and Fast Forward during their Japan tours. So kick up the volume, stand back and get ready for the full frontal assault known as … PEOPLEJAM!! 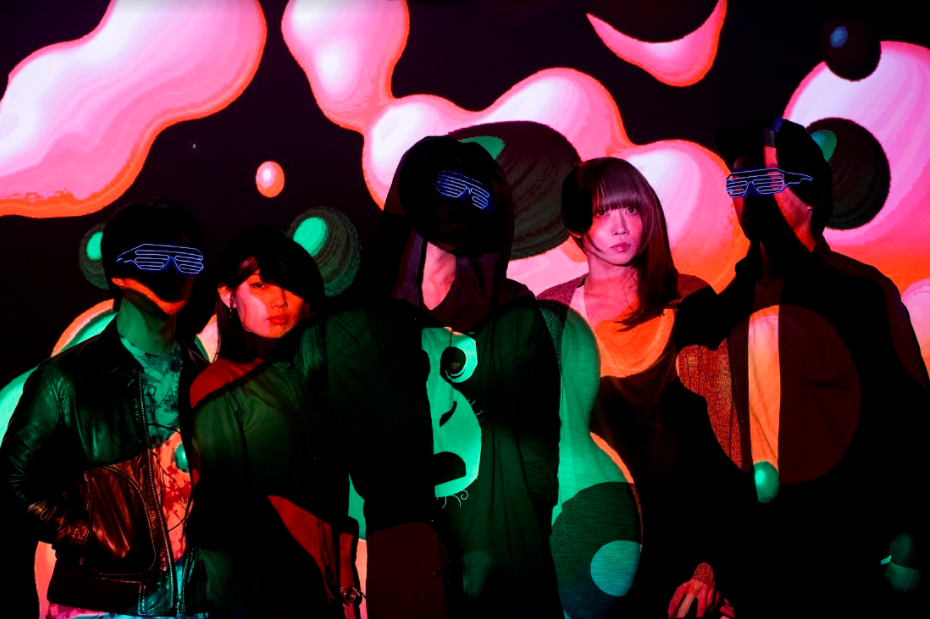 Taiwanese acts in this second wave announcement range from rootsy indie faves to the strange, first and foremost including the reggae-beat urban folk band Hang in the Air.

The festival’s lineup of electronic acts will add SexyBaby Mimi, an otaku diva known for a huge YouTube following and lo-fi bedroom pop.

There are several types of punk on tap: Destroyers have a powerful following, No-Nonsense Collective represents a new wave of songwriter bands and also has a philosophical Marxist bent, and a group of freakers from Kaohsiung, Ape Apocalypse, put on a wild show in ape masks and is one of Taiwan’s tightest punk bands to boot.

More line-up announcements will follow after Chinese New Year. Happy Year of the Dog everyone! 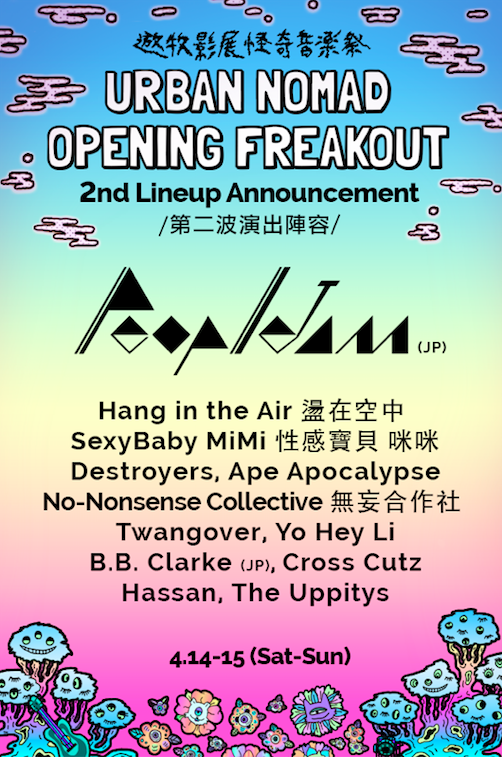 Hang in the Air

Single-day lineups for April 14 and 15 will be announced in March.

*The lineup is subject to change.