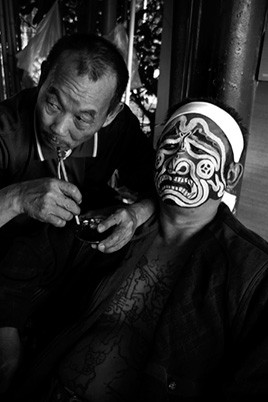 Shih Ho-feng’s first documentary, Small Oyster Rock in Kezailiao (2015), was Urban Nomad’s Closing Film last year. It told the story of a small fishing town in south Taiwan that chose to organize its own music festival, completely independent of government support. With this new film, Shih, a resident of Kezailiao, now documents the third edition of the Kezailiao Rock Festival, co-directing with Chen Hui-ping.

Unlike most festival documentaries, the story of this film is not about the acts on stage, the passion of the fans, or the ecstatic experience of the concert. What Shih and Chen give us is instead a rock ‘n roll festival that is the product of community activism. The film focuses specifically on a group of middle school volunteers to the music festival, who help plan and execute certain parts of the performance. The Kezailiao Rock Festival is a festival produced by at least three generations of a typical small-town community, one that is losing its beaches to erosion and its youth to metropolitan flight. But these people find that a powerful event can still bring their community together. This is a very different story about the power of rock ‘n roll.