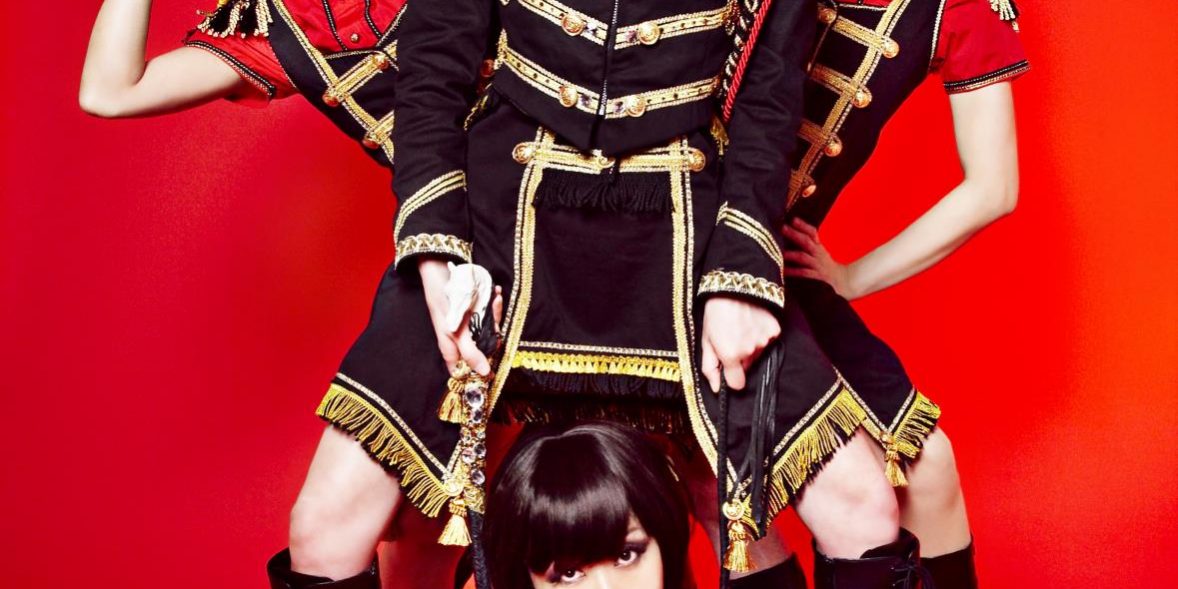 Kinoco Hotel is an outrageous intersection between Japan’s hardcore fetish scene and 1960s garage rock and psychedelia, wrapped up in the package of a four-woman rock band. Formed in 2007, Kinoco Hotel came up through Japan’s indie scene and is known for jaw-dropping live performances, with front-woman Marianne Shinonome playing both the keyboards and the role of an S&M queen — and you better believe the whip she brandishes onstage is real! Over the last decade, the group has performed at major Japanese music festivals including Fuji Rock (2012, 2014), Rising Sun Rock Festival (2010, 2012), Countdown Japan 2011/12, Rock in Japan (2013) and toured internationally. They have just recently released their latest album, Revolution of Marianne, on the major Japanese label King Records.

Marianne formed the group on the concept of a twisted rock ‘n ‘roll hotel, with herself as the sadistic hostess and other members — Isabelle Keme-Kamogawa (guitar), Fabienne Inawashiro (drums) and Julietta Kirishima (bass) — as the hotel staff. “Kinoco” meanwhile means “mushroom” and refers to the iconic 60s mushroom haircuts of all four band members. Marianne’s background in S&M is real. She studied various fetish arts under “the Queen of Kobe”, including kinbaku, the Japanese art of rope bondage.

The band debuted with the first album La Mélancolie de Marianne in 2010, and have gained a reputation for electrifying performances, producing four more albums. Their latest album, Revolution of Marianne, will be their first ever released in Taiwan , with a spring release through Welcome Music.

Initially inspired by 60s Japanese garage rock, Kinoco Hotel bring in elements of punk, new wave, progressive, freakbeat and rock’n’roll. One could compare them to a harder version of the 5, 6, 7, 8s, (seen in the Quentin Tarantino’s film Kill Bill) or possibly even a female answer to Guitar Wolf. To celebrate the band’s 10th anniversary, Kinoco Hotel is touring the world in 2017.