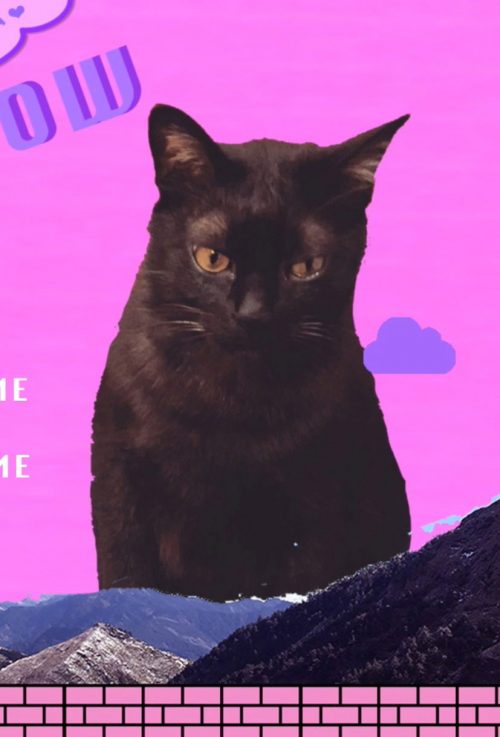 We are all connected to each other in the world as well as to ourselves within.
Yet, we are disconnected—to other people, to the world, and to ourselves.

This program of ten short films includes animation, short experimental films and experimental documentary, video art, and fiction films from Taiwan, the US, Germany and Thailand. The program has a total length of 82 minutes and will be followed by filmmaker Q&A.

There’s a strange cacophony deep in the woods

From Where to Where

A statue of grandparents and home videos from childhood. Wang documents daily conversations in his family to present the complexity of family and love.

Listen up Pro Gamers, this will be your Love Fable!
Let’s load both love and hatred into this video game, and play the Game of Love with SuperMeowMeow.
How many broken hearts have been taken by DemonMeowMeow? With flirting message bombs, pools of lover’s tears drowning you, and the pain from breaking stone-hard marriage vows, we will find out how many lovers’ heart is still under the control of this DemonMeowMeow.
This journey only embarked after the sound of a heartbreak, and in here, we will slaughter all love birds, cut off roses in their hands, and clear their eyes off those pink illusion love bubbles. We now invite you to get evil and start this Game of Love to take back all lovers’ hearts.

The story uses photography in an indifference way, capturing the truth on the site. It reflects the uncertainty of the labors through observation and description. Time is passing day by day in these depressive environment through the differences of sound and space. Those cold building is not only like a spider web but also a jail.

Equipment and loading mechanisms of a port area wander in constant motion rhythmically and purposefully along the quay. ISO containers in different colours are lifted and re-placed elsewhere, in between: moments of motionlessness and stagnation. Defeated by the machines in terms of size, some dock workers wearing bright orange safety jackets can be spotted in the middle of the loading and container bridges. During the approaching night, the processes around the port area appear in a different light, only shadows and silhouettes of the continuous machine processes remain. Monoscape shows fragments, shapes and movements of an industrial cycle. Through the calm and documentary images, the machinery processes gain a repetitive and ubiquitous dimension. Removed from their purpose-determined context, they seem like anonymous idle objects in an engineered landscape.

Wish, a delighted and vigorous spirit, hung around in every corner of the Simen Market, a traditional market in Tainan. It could be burning incense bring beliefs, hawkers’ efforts to make their lives better, a dance hall bridging love and friendship, and property holding a whole family. Wish was an invisible image originated from people’s expectations in the market. The market was Wish’s family, and it was also the people’s hope.
However, sudden and catastrophic rain drowned Wish and the market. Afterwards, what fate did Wish encounter?

I Just Want to be Free

The sharp pain you wonder about sometimes is felt by us all.

The unknown village exists when the residents blink their eyes. The scenery of nothing. The identity of no one. The relationship of the dream two. The breeze travels through the subtropics of the tropics. A museum of no-name rocks. Hypnotic symbolic acts. Some weight in the pocket. Magnetic boy, the fog, the breeze never walk.

A play called “The Revenge of Lover”, a rock musical, was performing in a theater. There were a couple who loved this play, the writer of the play and a pedestrian, gathering outside the theater.

“EX” is the leading actress in this play. She has another mission is to perform part of the play to the couple as an explanation to record how the play effect this couple’s thought and behavior, in order to highlight the function of an art performing.