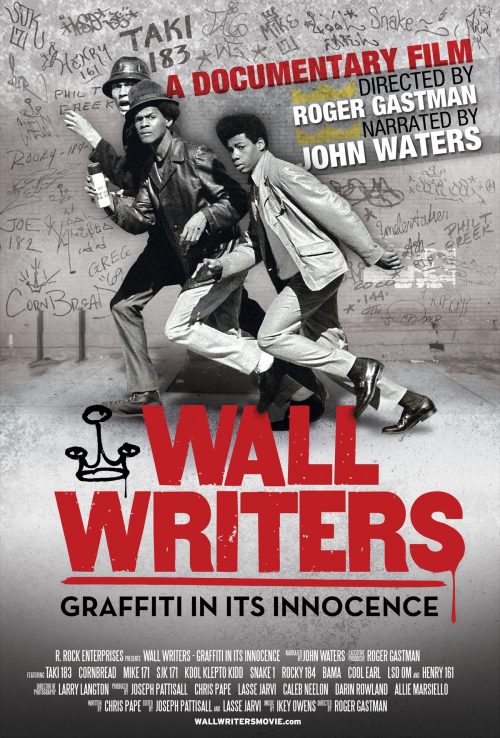 Narrated by cult film legend John Waters, Wall Writers is the story of graffiti –– before graffiti was art. The film looks back to graffiti’s origins in the wall taggers of Philadelphia and New York City from 1967 to 1973, including CORNBREAD, TAKI 183, LSD OM, KOOL KLEPTO KID and two dozen others. Most of the artists featured in the film gave their first ever on-camera interviews for this project, so in many ways, this story has never before been told. The film and an accompanying 350-page book, with a forward by acclaimed artist Barry McGee, have so far sparked a tour of museum exhibitions and screenings across the US. The styles of the wall writers captured here mark a transition from simple territorial markings to individual lettering styles, a sort of proto-art form that preceded the explosion of “graffiti art” in the 1970s. These artists were among the first to blanket cities with their tags as a pure mode individual expression, not related to gangs or simple vandalism. It’s an invaluable history of the origins of street art and everything it has become today.