To Stay Alive, A Method 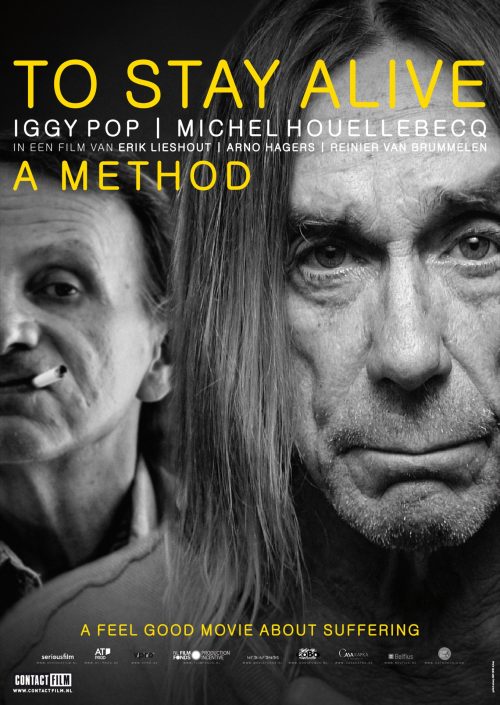 To Stay Alive, A Method

Now in his 70s and a successful “aritst”, Iggy Pop narrates this visual essay –– the film is in equal parts fiction, polemic and documentary –– by reading from Michel Houellebecq’s “To Stay Alive.” In 1991, the critically acclaimed French novelist wrote this thought-provoking essay on insanity, survival and art, describing it as “a weak but clear signal to those on the point of giving up.” Houellebecq urges poets who are weary of life to “return to the origin; that is, to suffering.” A poet should put his finger on society’s wounds and press down hard, he says. “Be abject, and you will be true.” Director Erik Lieshout an co-directors Arno Hagers and Reinier van Brummelen film Houellebecq in his grandparents’ kitchen and visit the people with psychiatric disorders whose life stories inspired the essay. Reading the work, Iggy Pop immediately recognized his own struggle as a young artist, when he too was close to insanity. Pop speaks to us directly through Houellebecq’s defiant, impassioned words, which call on us to break our chains and go on the attack, even if solitude is the price we pay for it.

“France’s best-selling novelist Michel Houellebecq and Iggy Pop, who feature in a new documentary about struggling artists… have formed an unlikely friendship” –– The Independent

“Madness, genius and suffering in perfect harmony…The film shows us that suffering can have value.” –– jury statement naming it the winner of the 2017 Eurodok Award