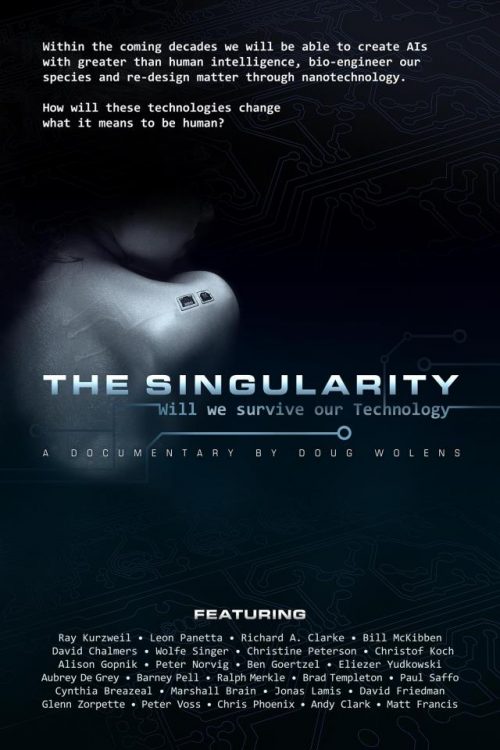 The singularity is the theory of techno-futurist Ray Kurzweil — who is also Google’s director of engineering — that by 2045, technology will have reached the point where it can out-think its creators. Are we are on the cusp of creating nanotech machines that patrol our bloodstream and repair cellular damage, athletes with jacked-up genetic code who sprint like gazelles, an Internet that downloads directly to the mind, and medical labs with computer-replicated brains working by the thousands to cure disease? Will this become the glorious age of trans-humanism, as Kurzweil predicts? Or will it be a horror story, with technology becoming our masters? Wolens talks to leading futurists, computer scientists, artificial intelligence experts, and philosophers — including Kurzweil himself — who turn over the discussion like a Rubik’s Cube.

“What happens when our machines get smarter than we are? (No, don’t ask Siri)” — The Globe and Mail