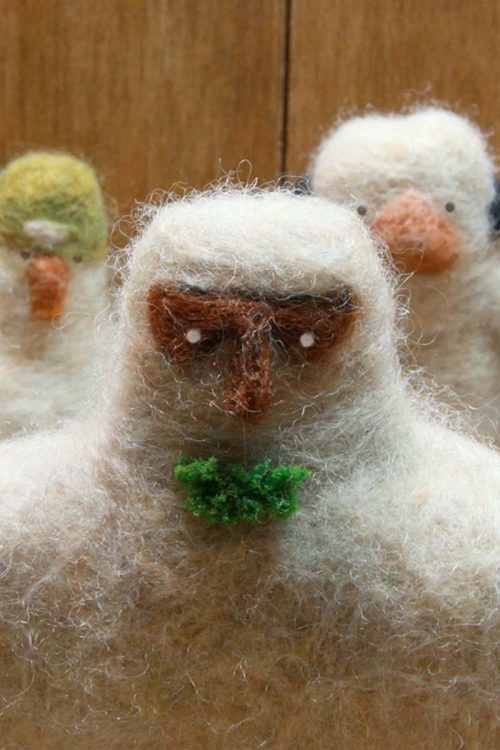 What is the concept of earth? The first idea that springs to mind is what we set foot on, in << A Sand County Almanac >> written by Aldo Leopold, earth by definition invites all living beings interacted with it, and that which also includes mankind. When man-intervention dawns on the earth, life happened, so naturally as it seems.

A summer vacation looking for the shadow of a grandpa who left no picture. Jump over time through plants.

A man entered a room of pouring rain from a deserted, dry land. He felt absolutely hopeless with the rain, clearly there is not much he could do about it. What bothers him is not the rain, but how vulnerable he is against it. Yet why step into the rain, when its dry outside? “ People couldn’t stay out there forever, we’re bound to have a place to rest.” He was disappointed in himself, as he sunk in desperation. This film is based on a short story by Franz Kafka.

味覺麻痺
A Numbness in the Mouth

A Numbness in the Mouth takes place in an Ireland of the near-future; a self-sustaining, militarized island where climate change has benefited agricultural production. A spokesperson for the government’s Ministry of Food- speaking in the Irish language- informs us that due to a record crop yield of wheat there is a surplus of flour on the market, and the economic balance between supply and demand must be retained. To this end, rations are being enforced with each citizen requested to consume more than five pounds of flour per day. Shackleton’s Mill in Strawberry Beds, Dublin, provides the context to explore our relationship to food, its production and consumption in a series of staged scenes, monologues and analogies. Interpolated into the film is an infomercial from the 1950s of a mother baking bread for her children. The two performers inhabit familiar roles and images of women in television which begin to unravel as they reflect on how food affects their temperament, bathe in a vat of orange jelly and sift flour onto their own heads.

”Waterfall’’ tells a special kind of love story: A young woman is in love with Marcel Duchamp and sets out on a journey in search of the spirit of the dead artist. As time passes, the reality of her daily life fuses more with the realm of the artist’s exceptional works and thoughts. Waterfall approaches the question of how we love: Do we love the person or the qualities of the person? Do we just love without wanting something in return or are we longing for a feeling of being loved? What or how do we love someone who might not be existing in a solid, physical form anymore?