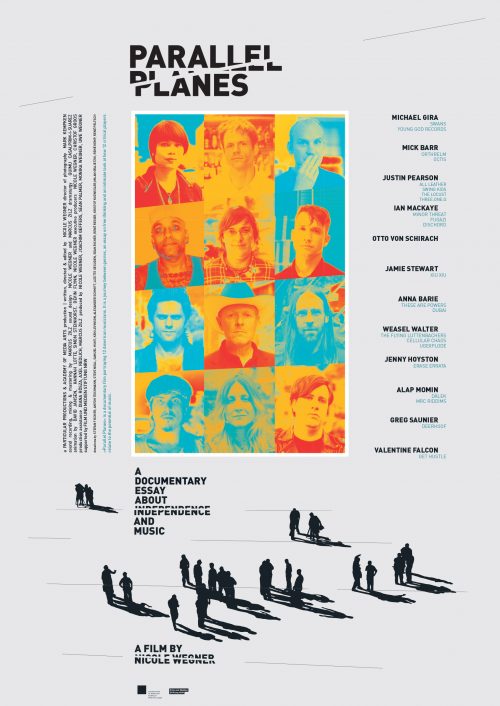 In this video mix-tape and essay, director Nicole Wegner embarks on a journey across the American indie music landscape, paying homage to the DIY spirit and asking basic questions about the nature of independence and music. She looks especially at punk, noise, no wave, and where music has gone since the 1990s, finding answers from 12 American indie musicians working outside commercial mainstream: Ian MacKaye (Minor Threat, Fugazi), Greg Saunier (Deerhoof), Michael Gira (Swans), Jamie Stewart (Xiu Xiu) and others. Wegner holds that “the DIY idea as the most important legacy of punk and the starting point of self-empowerment and resistance.” The dialogues are philosophical and fascinating, and with the fitting coolness of a music video, she backs up the ideas with an aural and visual aesthetic of overload and maximalism.

“I was just about making sounds in a kind of brutal way….It was a kind of way to erase consciousness.”  — Michael Gira, Swans