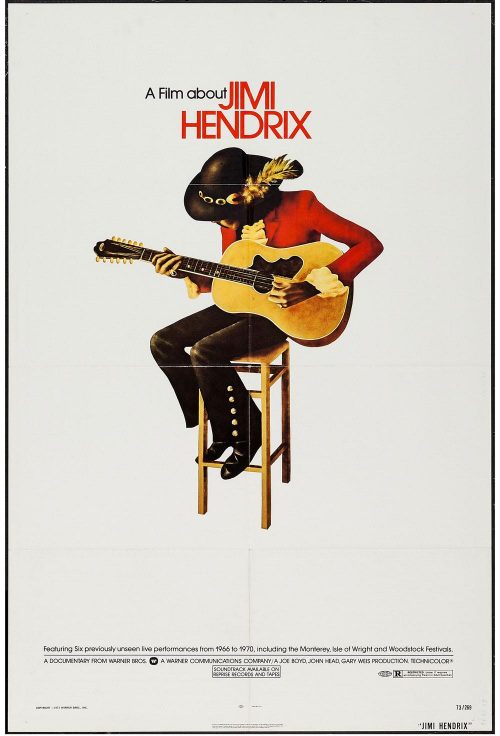 This documentary was made three years after Jimi Hendrix’s untimely death. At the time it was an example of how a visual biography should be done, departing from the raw-concert-footage documentaries of the late 1960s to a more contemporary style of biography, in which the story of a life is related through a mix of old film clips and new commentary. Watching it now, we see many of rock n’ roll’s greatest legends –– Eric Clapton, Mitch Mitchell, Lou Reed, Mick Jagger, Pete Townsend, and Little Richard.

We’ve seen them on film many times, but there is a freshness to see them in their prime and speaking at length, in situ of the era that defined them, or conversely, the era they helped define. Watching this film now is a fascinating return to the disoriented drug hangover at the tail end of the psychedelic ’60s. The glory and mad musical energy of that time is captured here, as well as the difficulty of putting a label on an era that had barely passed. Though by 1973, the ’60s were certainly over, and reflection was becoming possible. It is at this moment the this film gives us the story of one of its greatest musicians, Jimi Hendrix, told straight from the mist of the purple haze.