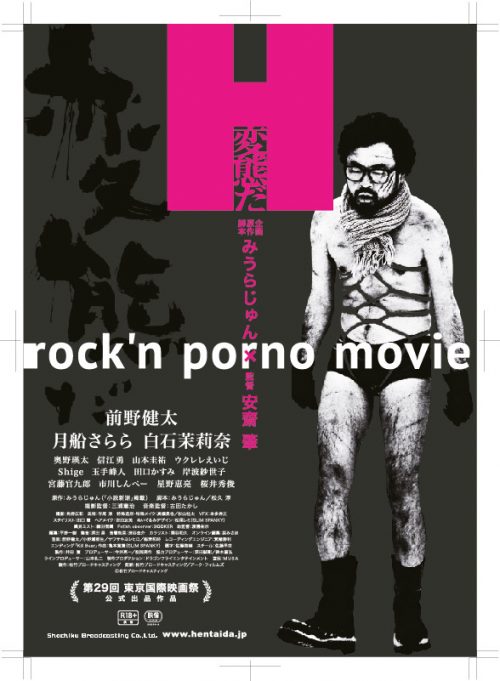 Hentaida (I Am a Pervert)

This directorial debut from art director Anzai Hajime adapts a short story from popular writer and music personality Miura Jun. A guy (Maeno Kenta) spends an extra year studying for college entrance exams but ends up at a second-rate university, and becomes a musician after randomly getting involved with a misguided university rock ‘n roll club. Eventually the guy gets married, has a child, and builds an ordinary life for himself, but he hasn’t been able to break off his college romance with Kaoruko (Tsukifuna Sarara), his S&M dominatrix. When he and Kaoruko go off to one especially shitty gig, existential angst erupts and the trajectory of weirdness goes parabolic, leading to an ending you will never forget.