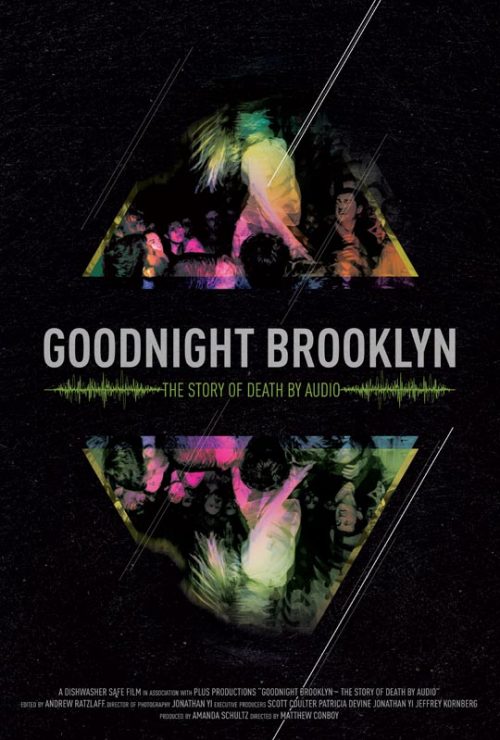 ★ Q&A with director, producers, and Kyp Malone (TV on the Radio)

In 2014, one of Brooklyn’s most beloved DIY music venues, Death by Audio, was forced to close down when Vice Media bought the building out from under it. For many, this was the moment that hipster culture ate itself, when Vice, a media empire that started as a champion of underground scenes, chose corporate expansion and literally shut down the rock club commune downstairs, even as Vice writers raved about how awesome it was. Death by Audio started in 2002 as a guitar effects pedal company started by Oliver Ackerman of the band A Place to Bury Strangers. It became a sort of commune and DIY art space, using parties to pay the rent. In 2007, it opened as a tiny music venue known for openness. The film was conceived when the venue knew it would be forced to close, and directed by Death by Audio’s co-founder and manager, Matt Conboy. It tells the history, while also following a final 75-day celebration of performances and art installations, providing both a celebration and a eulogy for this integral piece of the Williamsburg scene.