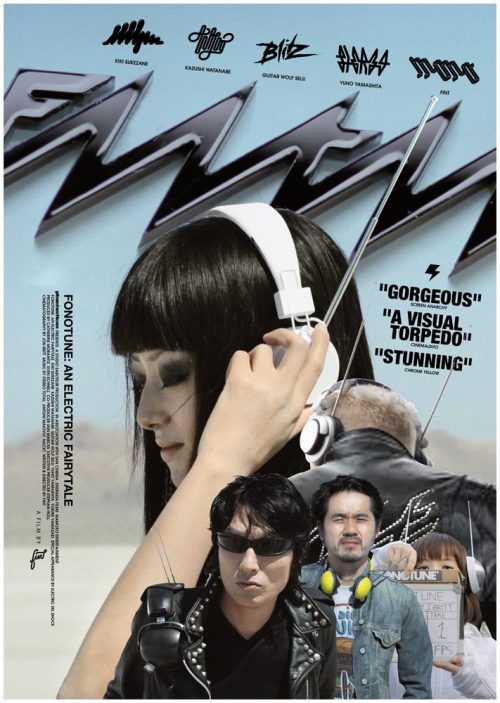 Outside of time, a teen hooker, lo-fi cowboy and mute drifter cross a white desert to experience the final gig of their mysterious rockstar hero. Fonotune: an Electric Fairytale is a Japanese Road-Movie with a lo-fi, sci-fi touch, set on one strange day in an undefined time and place. Nature is absent, people have stopped communicating and music is an escape from each other. Nobody notices what’s happening around them. It is a sort of parable for the post-internet age, in which lives are ruled by solipsism and distance.

The story follows mute drifter MONO on this odyssey through Salt desert and calm urban chaos, as he tries to deliver a white cassette to a mysterious rock star, played by cult Japanese musician Guitar Wolf. On the way, he shares a fleeting connection with a bunch of strangers; street-hooker STEREO, lo-fi cowboy ANALOG and the sassy BUBBLEGUM. All the while, in their headphones, despairing DJ of city radio station FONOTUNE plays their joyous soundtrack to… destruction!