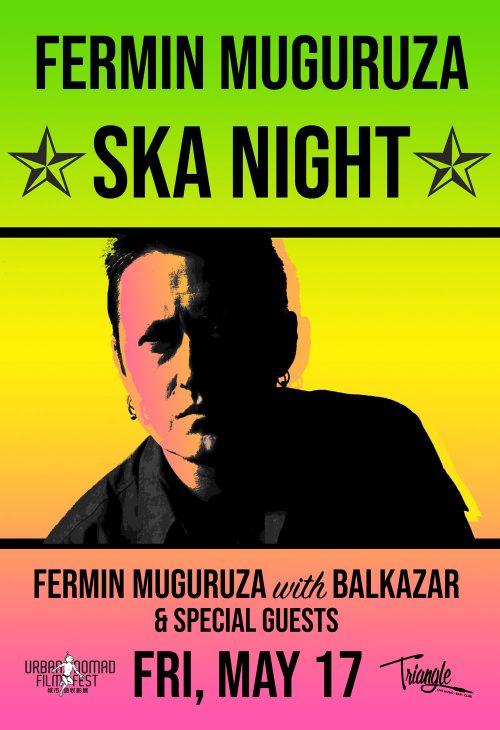 Fermin Muguruza is a legendary ska punk singer from the Basque Countries of Spain, dating back to the 1980s and his first band, Kortatu. In 2003, he joined Manu Chao, one of his best friends, for the Jai Alai Katumbi Express world tour. Mixing ska, punk, reggae and the music and language of his native Basque culture, he has released two dozen albums, including one recorded in the Marley family studios in Jamaica. He has performed the world over, including big stages at top festivals including Fuji Rock, Primavera Sound and others. His music is high energy, positive, political and a truly international language of human solidarity. He will perform with local Balkan ska favorites Balkazar.

Fermin is also director of more than a dozen feature films. See his latest film, BLACK IS BETLZA, at Urban Nomad Film Fest (May 11-27). Bring your ticket stub for this or any other music film at Urban Nomad and get in for free!

FREE with any Urban Nomad film ticket or ticket stub