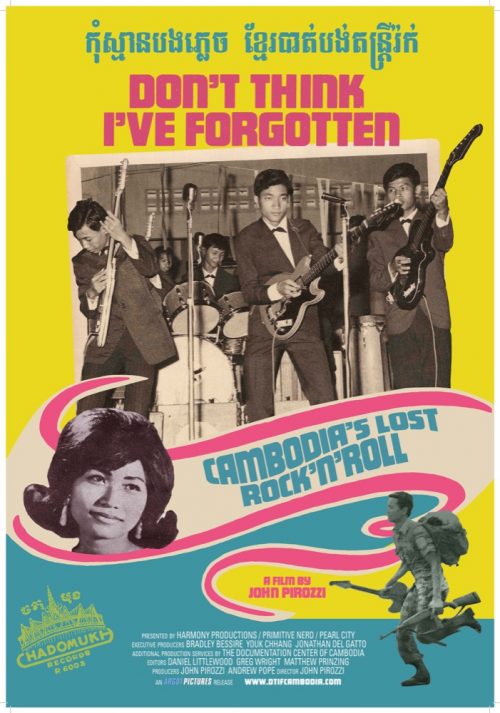 This film tracks the twists and turns of Cambodian music from the 1950s through the 1970s as it morphs into rock and roll, blossoms, and is nearly destroyed along with the rest of the country. The Cambodian music documented here wild, psychedelic rock and is in recent years it is justifiably enjoying a resurgence among Western hipsters and crate diggers. The music was born during the rule of dilletante, French-educated King Norodom Sihanouk, as Cambodia was awash in French and US influence and the Vietnam War loomed. This unexpected conflict-driven internationalism saw rock guitar and psychedelic wah-wah peddals blend with traditional Khmer vocals in national recording studios, creating an astounding fusion, unique in all of Asia. Director John Pirozzi first discovered this music working with the LA-based band Dengue Fever, filming their documentary Sleepwalking Through the Mekong (2007), which previously showed at Urban Nomad. The current film shows how the icons of Cambodian music, singers like Sinn Sisamouth and Pen Ran, first defined the soul of a nation, and were then brutally murdered along with one-third of their countrymen and women. The film recounts both historical tragedy and the redemptive power of art.

“A rich and defiant effort at recovery, showing that even the most murderous totalitarianism cannot fully erase the human drive for pleasure and self-expression.”

“Will surely appeal to rock ‘n’ rollers, but deserves the widest possible audience.”