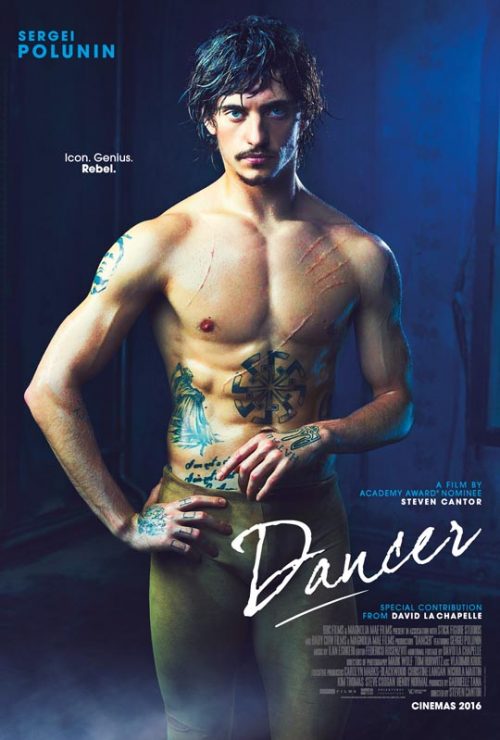 Party animal, ballet genius – Sergei Polunin confounds stereotypes just as his dancing defies belief. Blessed with impossible talent, he became the Royal Ballet’s youngest ever principal dancer, then stunned the dance world when he walked away from a seemingly unstoppable career at the age of 25. For its intimate, emotional portrait, critics often compare this documentary to Amy, the story of singer Amy Winehouse consumed by fame. Yet the drama of Sergei’s torn life is also displayed masterfully in numerous dance scenes, some conceived especially for this film, including a centerpiece video shot by star photographer David LaChapelle. This video, featuring Hozier’s song “Take Me to Church,” was leaked online and generated over 10 Million YouTube views in 2 months. In this crucial scene, the film becomes a quest for redemption, and also the story of an artist breaking with tradition to express beauty on his own terms. Urban rebel, iconoclast, airborne angel, Polunin’s seeks no less than to turn ballet, “a dying art form”, on its head.

“There are few current dancers as electrifying as the Ukrainian-born bad boy of ballet, Sergei Polunin”  — The Guardian

“I gasped, more than once”  — Miora MacDonald, Seattle Times

“Dancer is able to make you forget everything you think you know about the subject, which is surely the hallmark of a great documentary”  — Sunday Independent