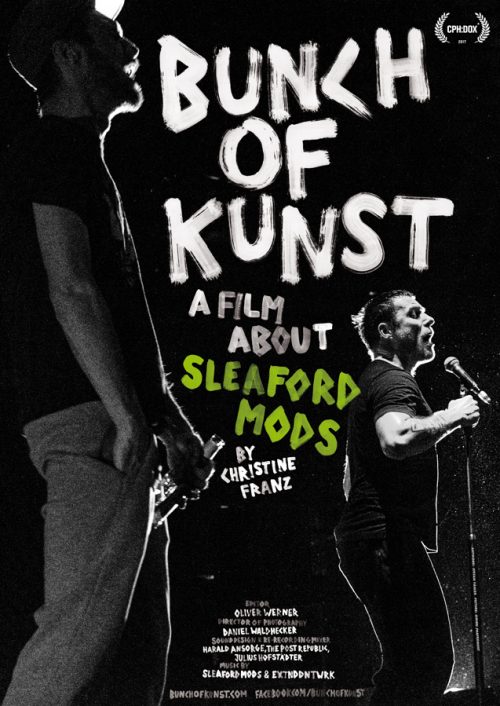 British punk duo Sleaford Mods have been called “the voice of Britain” by their fans, “Britain’s angriest band” by the Guardian and “The world’s greatest rock ‘n’ roll band” by Iggy Pop. In reality they are two middle-aged guys from the UK’s sprawling suburban midlands, and their music is published by their mate who drives a city bus for a living and runs a music label out of his bedroom. There is nothing sexy about them and though it seems impossible, they rise from playing local pubs for a few friends to performing on marquee stages at Glastonbury, London’s O2 Arena and touring Europe. Director Christine Franz is embedded with the band for two crucial years of their transformation from working-class nobodies to reluctant celebrities. It’s an homage to a band, its fans, their brutally honest lyrics and DIY ethos, and the story of three guys taking on the music business on their own terms.