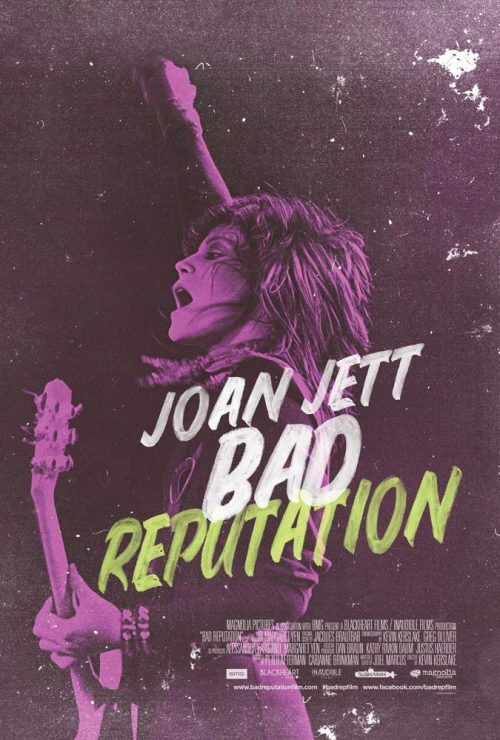 “Bad Reputation roars through Jett’s 60 years like one of her songs, snarling and unsubtle.” –– Globe and Mail

“Joan Jett’s primal, commanding sound is in part a reaction to the attitude that ‘girls aren’t allowed to play guitar'” –– The New Yorker

The life and career of rock ‘n’ roll icon Joan Jett from her early years ripping it up onstage as the founder and backbone of hard-rock legends The Runaways, to her long time collaboration with Kenny Laguna as Joan Jett & The Blackhearts, and her enduring presence in pop culture as a rock pioneer and mentor. With her inimitable singles “I Love Rock N’ Roll,” and “Bad Reputation” Joan Jett inspired a generation of young women to rock. In this film, Joan Jett largely tells her own story, that of a rock ‘n roll underdog who had to fight twice as hard because she’s a woman. If she’s a feminist, it was only forced on her due to rampant sexism in the music. Her personal life is surprisingly austere, as her only real marriage was to rock ‘n roll, and her major lifelong friendship to her producer Kenny Laguna. Yet her music is a wild enough ride, and as a person who always gives back, she is in the end truly inspiring.